As architectural & MEP consultants for the re-design of the existing Girl’s Graduate College, Masters Design Studio was able to design a larger, space intelligent campus with an upgraded academic block.

The block is divided in to two structures at split levels with each other, both wrapped around two courtyards that are open to sky. This further forms a subtle architectural demarcation between the different departments.

The focus has been on upgrading the amenities in order to modernize them and to a lot larger, more efficient spaces that would accommodate more students.

Since both Architectural and MEP Design studios have been involved in the project, the design process and development, since its inception has been an integrated and harmonious one. 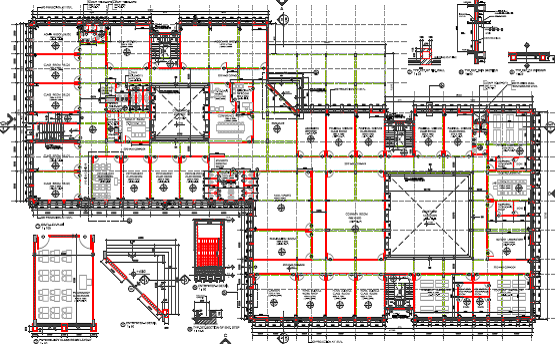